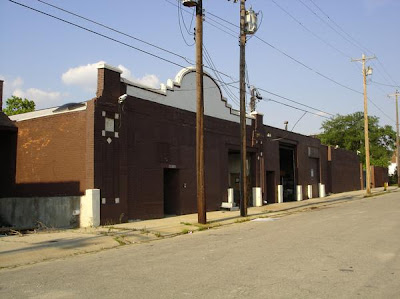 I was sent the article below by the Kings Record MySpace people which appeared in the Cincinati Enquirer:

King Records to finally get its due

EVANSTON – They made music and history at the old chocolate brown King Records plant. And, after decades of delay, the City of Cincinnati finally officially recognized both endeavors.

City Council voted unanimously Tuesday to spend $10,000 to install a historic marker from the Cleveland-based Rock and Roll Hall of Fame outside the current warehouse which began its life as an ice house but became famous as the recording studio and record plant on Brewster Avenue. Any leftover monies will go to pay a former King artist to appear at the Cincinnati Entertainment Awards following the sign’s Nov. 23 unveiling.

The sign will note King’s accomplishments in the fields of music and integration.

“ ‘About time!’ my grandfather would growl as he chewed on a cigar,” said Jim Engelhardt, grandson of Syd Nathan, King’s founder. The official recognition, championed by Councilman John Cranley, is belated. Nathan died 40 years ago.

He founded the record label 65 years ago. The plant closed its Brewster doors in 1970 after being sold to a Nashville concern.

King’s musical legacy can be counted by the numbers: 461 hits on the country, pop and R&B charts and eight Rock and Roll Hall of Famers. The latter number includes Nathan, as well as artists James Brown, Bootsy Collins and Hank Ballard, author of “The Twist.” The talent roster also included the Delmore Brothers, whose biggest hits during a career that earned them a place in the County Music Hall of Fame were recorded for King at its Evanston studios.

“My grandfather would be the first to note that what King accomplished wasn’t the work of one man,” Engelhardt said. “Tremendous people worked for him at every level.
”

King’s accomplishments came from a workforce that was integrated at a time of strict segregation.

“We had a United Nations of music,” said drummer Philip Paul, a session musician on more than 350 King recordings.

“With King Records finally being recognized for more than its music,” Paul said, “I see this as a new day for Cincinnati.”

The city’s decision to provide funds for the historic marker sets in motion a series of King-related events. In addition to the aforementioned Nov. 23 unveiling and concert, plans are underway to honor the label’s heritage with a recording studio to be built in the neighborhood by Xavier University and the Evanston Community Council. Also, a lecture series and class curriculum on King’s impact will be created by the Rock and Roll Hall of Fame and Cincinnati State.

“This is the start of a new appreciation of Cincinnati’s artists,” said Elliott Ruther, Cincinnati State’s development director. “We’re paying tribute to those who made music that still influences us today.
”
Keeping Soul Alive at 4:14 PM
Share