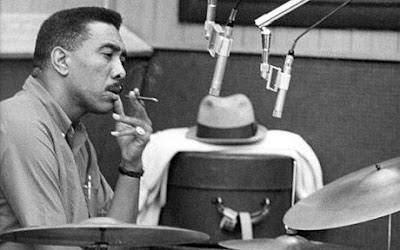 Sadly, a number of artists have died over the last month including Earl Palmer.

Earl Palmer, who died on Friday aged 84, was a session drummer whose subtle pioneering backbeats featured on many of the R&B classics of his day.
An ever-adaptable, jazz-rooted drummer esteemed by Shelly Manne and Charlie Watts, Palmer made a distinctive contribution to innumerable records, among them Nat Cole's Ramblin' Rose, Little Richard's Tutti Frutti, Elvis Costello's King of America, the Righteous Brothers' You've Lost That Lovin' Feelin' and Ike and Tina Turner's River Deep, Mountain High.

Other artists who used him were the Beach Boys, Neil Young, Frank Sinatra, Sarah Vaughan, Tom Waits, Randy Newman, and Barbra Streisand. He also contributed to a number of film soundtracks, such as In the Heat of the Night (1967) and Bullitt (1968).