Melvin Van Peebles: The Story of a Three-Day Pass Trailer


I just came across the above posted on Youtube by Xenon Films.

The Story of a Three-Day Pass is a 1968 film written and directed by Melvin Van Peebles, based on his novel, La Permission.

It tells the story of Turner (Harry Baird), a Black army man who meets a White Parisian named Miriam (Nicole Berger). The pair spends a weekend together, enjoying their romance but also struggling with the complexities of racism. Eventually their miscegenation is reported to Turner's Captain (Hal Brav) and he's restricted to barracks where he realizes the futility of such amorous adventures.Wikipedia 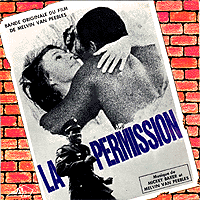 There is a soundtrack EP of the movie:

A quick cinema history lesson: Van Peebles couldn't get a movie job in the USA due to race issues, so he went to France, wrote a novel to qualify for filmmaker rights, then directed his first feature (aka. Story Of A 3 Day Pass) in France. Cue critical acclaim (both abroad and in the USA) and, eventually, a job in Hollywood. Anyway, this is the original soundtrack, only issued on 4 track EP in France. And it's a cracker! Two strong funky jazz cuts on here, one party number, and one superb Moogy organ cut in the theme. Highly recommended, top drawer stuff.

Also check out this DVD: 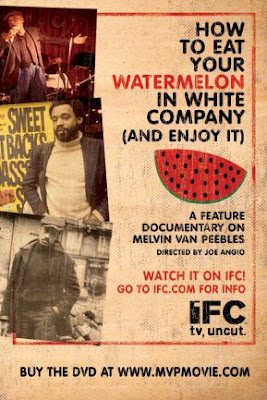