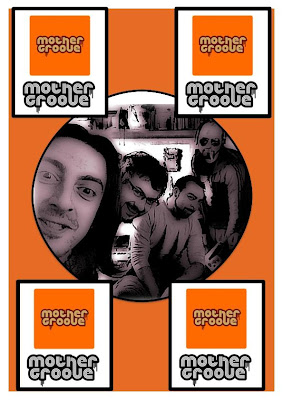 Mothergroove is a Barcelona-based collaboration fronted by italian Gianni Sciannamé, accompanied by Abel Boquera-keyboards, Daniel Doctors-bass and Roger Serrahima-Drums. The brass section on "Sessions" is Josep Tutusaus on Trombone and David Carrasco on Alto Sax. The band line-up fluctuates between four and seven members at any one time, wich contributes to the "family" approach instilled in the group by Gianni. Mothergroove's sound is heavily influenced by the likes of James Brown, Deodato, Banda Black Rio, Stevie Wonder and Roy Ayers.
Posted by Keeping Soul Alive at 4:42 PM