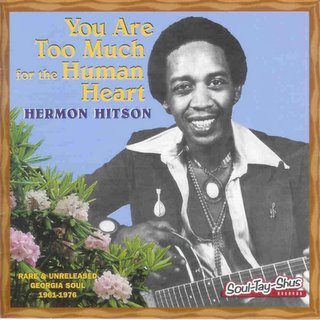 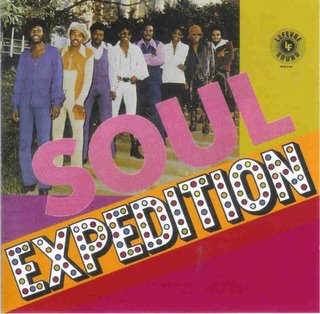 I recently manged to track down Hermon Hitson and Freddie Terrell who I have wanted to talk to for a long time.

I have had several chats with them documenting their careers and the people they worked with. These interviews supplement the work I have already done on Johnny Brantley and complete some gaps in our knowledge of Johnny.

Again, I will be featuring large posts on both of them as soon as I finish transcribing the interviews.

In the meantime, don't forget that you can obtain Freddie's ultra rare album Soul Expedition on reissue CD from Jazzman Records and Hermon's Soul Tay Shus CD Collection You Are Too Much For The Human Heart from Dave Porter at Vivid Sound 01787 228238.

Also drop by the guy's website.
Posted by Keeping Soul Alive at 9:30 PM No comments: 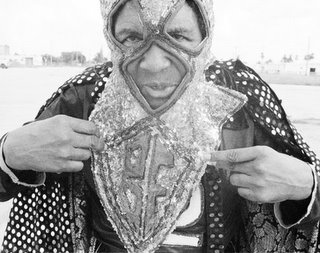 One of the most off the wall interviews I have ever done was with Blowfly a week or so back. Blowfly did go back to his Clarence Reid personna and told me some interesting stories of the soul side of his long career as well as telling me about the early days of Blowfly.

Again, I will be writing extracts of the interview in the blog as soon as possible.

Once again, the above photo is courtesy of John Twoomey.

Posted by Keeping Soul Alive at 9:24 PM No comments: 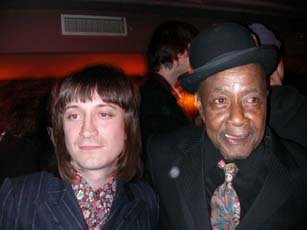 Hannibal returned in triumph to the NY stage on Saturday 4th February. All the reports that I have received said that the show was superb and that he went down a storm.

The fist report I received was from a delighted Miriam Linna, Norton Records who sent me the above photo of Hannibal and Josh Styles, the organiser of the gig and weekender. You can also read a brief review in FADER magazine

He sang the following:-

Since the gig, I have spoken to Hannibal on several occasions as part of an ongoing interview I am doing with him on his career. Hannibal was very happy with his performance and the response of the crowd.

He is fine spirits and keen to do more gigs. If anyone wants to contact him then please do so via Norton Records. He is also working on a new version of Hymn No 5 with Wendell Parker which will bring the song upto date for these troubled times.

Again, watch this space because I will be including some of the interview with him in the blog.
Posted by Keeping Soul Alive at 8:57 PM No comments:

Randolph Walker My Love Is Powerful All n All CD 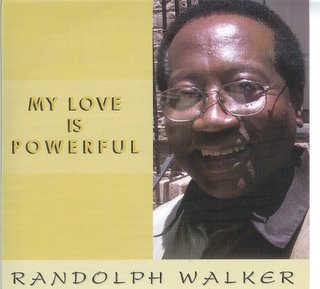 It's been a bit frantic since my last posts. I have packed in a few tasty interviews including one with Randolph sparked off by the release of his first recording in over 30 years.

I will be writing up an interview with Randolph in the next week or so. In the meantime, please checkout his new CD which is a fine return for one of the 60's unsung heroes.

You can pick up copies in the UK from Dave Porter at Vivid Sound 01787 228238 or drop into Randolph's website.
Posted by Keeping Soul Alive at 8:46 PM No comments: 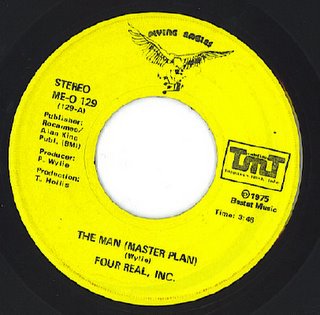 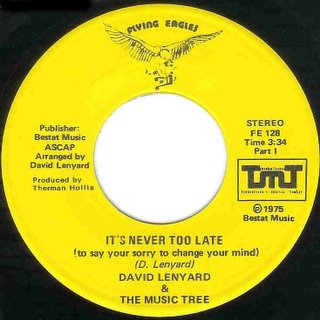 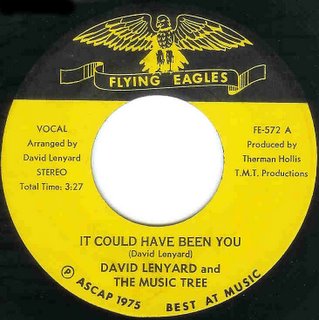 I was prompted to reflect on this mid 70's Detroit label after receiving a CD-R from a friend John Nightingale, which contained a track called "The Man" by the Four Real Inc.

The only sides I previously knew on this label were two by David Lenyard and The Music Tree. I first read of "It Could Have Been You" in an article by Ian Levine in Black Music in 1975 when he reviewed the 45 as a new release which he was playing at the Blackpool Mecca. I cannot recall ever hearing this fast choppy side at any venues and I picked up a copy in 1975 off the legendary Soul Bowl.

"It Could Have Been You" tells the story of a woman who blew it by not sticking with David and the wonderful life she is now going to miss. There are some powerful horn runs and near psych guitar with some lead guitar flourishes which reflect David's anguish as he really lets rip in parts to demonstrate that he has a fine voice.

"It's Never Too Late" is one of the best mid 70's Detroit ballads you are likely to hear and holds up against Eddie Parker's "But If You Must Go" on Miko/MAM. The best bit is that has a part 2 making it over 7 minutes long. This opus starts off with a spoken intro over an electric piano, synths and guitar as he tells us the problems of love and how he feels about his girl leaving him. He pleads with her to stop packing and listen to him before she goes and that he may never get the chance to speak to her again. The song is so poignant as he tells us that he has realised she has another lover who is controlling her! There are some fine build ups by the band to emphasise the tension as David let's out ear splitting screams as he tries to get her to change is mind. I recall playing this side on Hans and Harry's Fingerpoppin' Soul show late one winter's night in Amsterdam a few years back and they went wild over it!

The Four Real Inc side is another staggering piece of mid 70's Detroit soul which demonstrates that not all the best Detroit sides were recorded in the 60's! This one was written and produced by the legendary Popcorn Wylie and is simply one of the best things he has produced. This starts off with a burbling bass and cymbals before some street jive talking similar to the beginning of Rance Allen's "Everybody's Talking". They tell about the hard times going on around the country. This side is Rance Allen Group meets The Four Tops with a bit of the Dramatics thrown in for good measure. There is a wonderfully heavy backing track over which the guys tell us about the economic difficulties and that the resulting poverty really lies with the "The Man" with "the bag" who has has the masterplan. I presume that it is a strong anti-poverty and anti-drugs song though it is difficult to pick out all the lyrics because the singers are fighting against the powerful backing track. It is full of anguish about how people felt in the mid 70's when the dream went up in smoke. A lost Detroit 70's classic!

The link between the 3 records is Therman Hollis who was involved in the production of all 3 sides. The motto of the label says it all for me "Tomorrow's Music Today" and 3 fine sides for the legacy of the Motor City.
Posted by Keeping Soul Alive at 2:25 PM No comments: 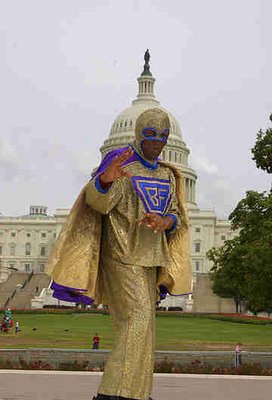 Yesterday, I was speaking to Tom Bowker, who is the leader of Blowfly's backing band, about Blowfly's new album which is being recorded during February.

Blowfly aka Clarence Reid has just come off the road from touring to record the latest album of his 30 year plus career as the X-rated performer.

During the conversation, Tom informed that the band had their gear stolen from their van after a gig in Charlotte.

If anyone wishes to help Blowfly and the band buy new gear then send donations via Pay Pal using the address quesostar@aol.com

Visit their new look website and check out some crazy photos from the latest tour plus plenty more!

Thanks to John Twoomey for the photo of Blowfly.
Posted by Keeping Soul Alive at 2:24 PM No comments:

Dee Edward You Say You Love Me 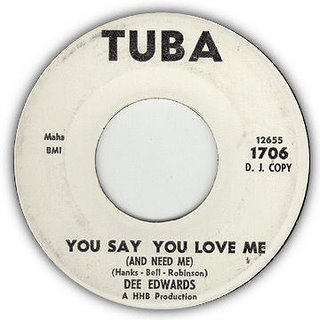 While having my own little tribute to Dee Edwards, I dug out the above gorgeous melodic 1963 sound from Detroit.

A roll of the drums sets this sensuous mid-tempo side off. On this side, Dee is firmly in the same bag as the early Motown sides of Kim Weston and Brenda Holloway. A very haunting 45 with an almost cha-cha beat and lots of electric organ which is offset with a memorable chorus of male and female singers singing "Got To Have You" and Really Really Need You".

Partly written by Mike Hanks - check out his story on the excellent Soulful Detroit site which tells how this came out on the Tuba label.
Posted by Keeping Soul Alive at 2:24 PM No comments: