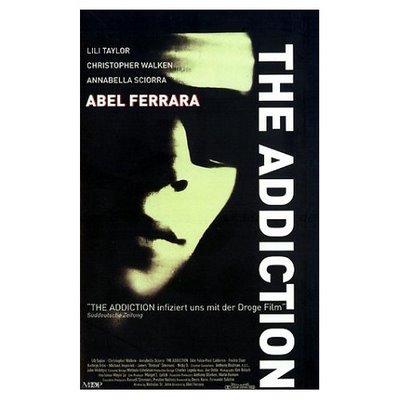 
Several years ago, I was just killing a bit of time tracking through the movie channels on my TV when I heard a song that immediately captured my attention. The movie that was just starting was Abel Ferrara's The Addiction. As the movie titles rolled, I thought I was hallucinating the voices on the title song that were coming out of the speakers - Eddie Kendricks and David Ruffin! I couldn't believe it until I had watched the whole movie and seen the credits at the end.

I hadn't recognised the song and concluded it was recorded by Eddie and David for the movie but the movie was made in 1994, a couple years after both Eddie and David had died. I thought that there would be a soundtrack to the film but I have never found one and so ended up buying the video. The origins of the song and whether there is a full length version still remain a mystery unless someone can enlighten me.
Posted by Keeping Soul Alive at 4:25 PM