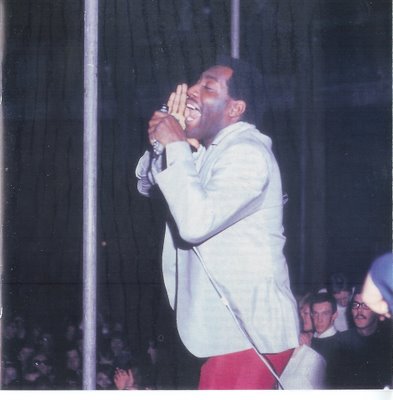 Checkout the new official Otis Redding site which has announced events to commemorate the singer's life.

December 2007 will mark 40 years since the legendary singer’s passing. The Redding Estate has partnered with the State of Georgia, The Georgia Music Hall of Fame, The Soulsville Foundation, which manages The Stax Museum of American Soul Music, corporate and entertainment entities, and fans world-wide to present a series of events commemorating Redding’s life and the enduring influence of his music most of which he wrote and produced at the Stax Studios in Memphis.

On Sept. 14, the musical tribute An Evening of Respect… The Legacy Continues will be held in the late singer’s hometown of Macon, Georgia and will feature sons Dexter and Otis Redding III, performing with a host of celebrity guests, and backed by a 50-piece orchestra. The gala event will be held at the fabulous Grand Opera House in Macon’s historic downtown. Plans are to present the concert in other major cities such as Memphis, Atlanta, and Los Angeles.

The event is a fundraiser for The “Big O” Youth Educational Dream Foundation established this year by Mrs. Zelma Redding. The mission of the “Big O” Youth Educational Dream Foundation is to empower and enlighten youth to remain confident and motivated through programs related to music and the arts. “The Foundation is significant of a dream Otis had to encourage young people to stay in school”, she stated. “He had already developed programs to be held at our ranch where he invited people from all aspects of the music industry to lecture on the importance of education and learning. He would tell me, “If it takes music to get the attention of these young people, then let’s educate them through music.” Mrs. Redding has teamed with volunteers from her community and from the corporate and entertainment communities to develop summer camps and programs that will begin in the summer of 2008.

In addition to the concert, the Georgia Music Hall of Fame, which inducted Redding in 1981, will curate an exclusive photography exhibition documenting the Redding’s life and career. The exhibit will open at the Macon museum on Sept.13, 2007, and will travel to other museums throughout the United States later in the year.

More details and other special events will be announced in coming weeks.
Posted by Keeping Soul Alive at 10:23 PM