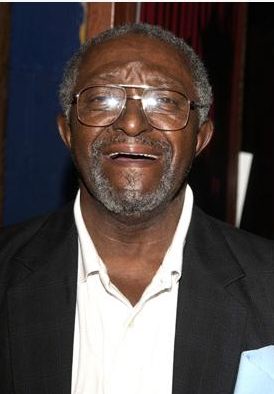 I awoke this morning to the sad news of Joe's death yesterday in Detroit.

He was one of the first of the Funk Brothers gathered together by Berry Gordy to create the Motown Sound. His piano playing was intregal to all the early Motown records and the later hits. Later, he went to play on many of fellow Funk Brother Jack Ashford's Pied Piper productions out of Detroit.

If you go to Soulful Detroit, you can read the memories that people are sharing about his music with the Funk Brothers. Sue Whitall has also written an obituary in the Detroit News.

He had only recently completed a tour of Europe with Jack Ashford. I am left with the image in my mind's eye of him coming back on stage in Manchester, with a big smile on his face, as he did a little dance to his keyboards to take an encore with Jack Ashford and the band.

Joe Hunter RIP.
Posted by Keeping Soul Alive at 9:37 AM