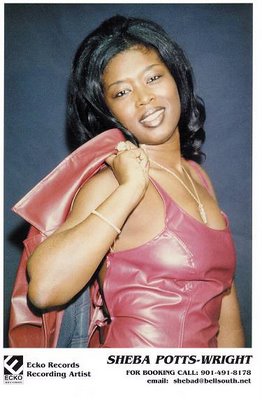 
An old friend Paul Mooney has formed a new label called Selecta to provide his company Milbrand Enterprises with an outlet for contemporary soul music.

Selecta Records was launched in January with two new singles: "I Just Can't Walk Away" by popular Memphis singer Sheba Potts-Wright (SSP 8001) and "Twenty Years Later" by veteran Chicago soul singer Bobby Hutton (SSP 8002). Also scheduled for release on Selecta Records is "Since I Lost My Baby" by rising star Simone De from Mobile, Alabama. Simone has signed a European publishing deal with Millbrand Music and his first UK single will be released on Selecta SSP 8003 on April 16th

A sister label called Shotgun Records will be launched in April to focus on 'classic soul' product. The initial Shotgun release will be the previously unissued "Believe In Me" by David Sea (SHOT 101).

Music publisher Paul Mooney is responsible for A&R and business affairs for the Selecta and Shotgun labels and all enquiries should be addressed to him at info@millbrand.com

Paul is managing director of parent company Millbrand and acts as production manager and A&R consultant to Grapevine Music Group who own the Grapevine and Soul Junction labels. He previously ran the Ardent, Zing and Forever labels and has worked with artists such as GC Cameron, Sam Dees, Ronnie Dyson, Marshall Titus, Byron Woods and John Ellison. At Ardent he negotiated major record and publishing deals with Polydor Records and PolyGram Music for the double-platinum selling pop group Lighthouse Family.

We wish every success with the new label!!!!
Posted by Keeping Soul Alive at 11:52 AM