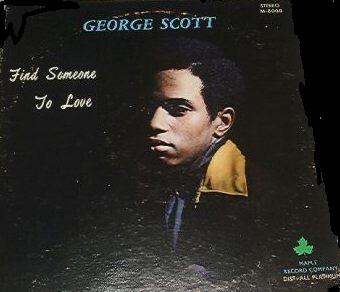 It has been sometime since I posted anything new from my Johnny Brantley research. The above album is probably one of the hardest items to find which was produced by Johnny Brantley and also one of the best. Actually George Scott was one of the reasons I first started researching Johnny Brantley after Mr Fine Wine added the album to a Maple discography folowing a request on the Soul Talk discussion group.

I have to thank Matt - Mr Fine Wine for burning the album for me because it has still eluded me!

I will come back and do a full run through of the album but in the meantime I have featured his version of the Ohio Players track from their "First Impressions" album. I have added this track to my list of soul sides which feature time and place in the title which I spoke about in a previous post. I am still collecting titles for a longer post on time and place in soul sides.
Posted by Keeping Soul Alive at 8:37 AM