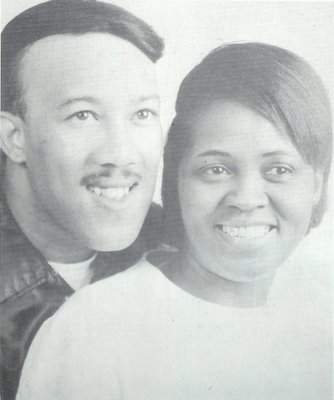 In a recent post, I mentioned that around the mid 70's few tracks were played off new release albums on the UK rare soul scene. One exception was Steady Wailin' Sid's "Love Is A Direction" from his 1976 album on Rock Steady "Spirit Of '76 With Love!"

All I know of Steady Wailin' Sid L. Scott is what is written on the album and that is very little! He may be from Evansville but which one I am not sure though it does mention the North Side which I presume refers to Chicago, therefore it could be Evansville in Illinois? Apparently, he worked with Wilson Pickett, Timmy Thomas, Latimore, Ben E. King and Bottom & Company.

The album was actually recorded in Nashville at the Sound Shop and American Studios. It was arranged by several people - R. Griffith, S. Harley, Jesse Boyce, E. Winfrey and F. Scott and Sid himself. Jesse Boyce is best remembered for his work with Moses Dillard including their album for Mercury and their co-productions for Prelude which included albums on Lorraine Johnson and Bill Brandon.

Mention of Jesse Boyce reminds me that we once exchanged a few mails but the chance of an interview got lost in the mix which is a shame!!! I was thinking of all of this when I dug out a Bobby Byrd 45 for another post. This led to one of those connections which never cease to amaze me when trying to fit the pieces together. Bobby Byrd covered Bottom & Company's Motown 45 "Here For The Party" and the writing credits partly match the Steady Wailin' Sid production credits and then I saw mention of Bottom & Company on Sid's album. Bottom & Company were a Nashville band and I think that the writing credits of "Here For The Party" relate to members of the band. Therefore it is possible that the backing on the "Spirit Of '76" album was by Bottom & Company! 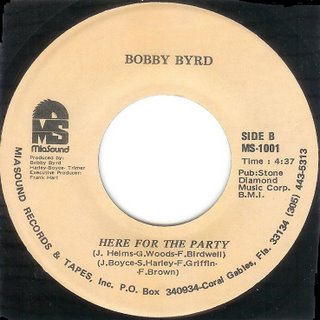 Posted by Keeping Soul Alive at 8:46 AM