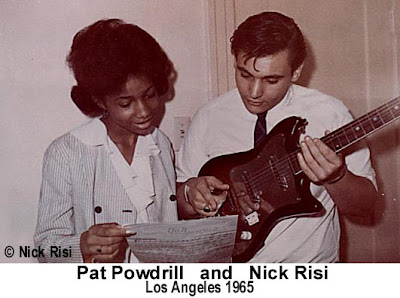 I have posted some photos of Pat and Nick before on IDR. Paul Rice who kindly sent me the photos has now written the piece below on Pat and Nick:

Pat Powdrill’s mother and Nick Risi’s father worked for the same company in Los Angeles. They started talking about Pat and Nick’s interest in music and came to the conclusion that it would be beneficial for them to meet each other. At that time, Pat was under contract to Frank Sinatra’s Label, Reprise.

Pat Powdrill was born in Birmingham Alabama and moved to Los Angeles with her family. Pat was eight years old. 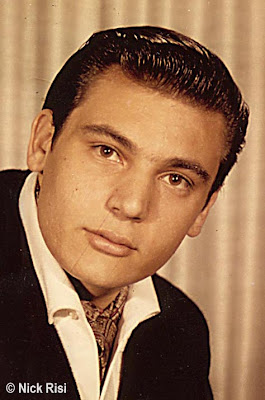 Nick Risi was born in Great Britain during the Second World War, who came from a family of musicians and enjoyed all kinds of music, his paternal grandmother and her two brothers migrated to Great Britain from Casino, Italy. They were Street entertainers in the winter and Ice Cream vendors in the summer.

Nick’s family migrated to the USA in 1957, at first living in Detroit and later moving to Los Angeles, where Nick became an independent record producer. He worked with various artists in Los Angeles during the 1960's. 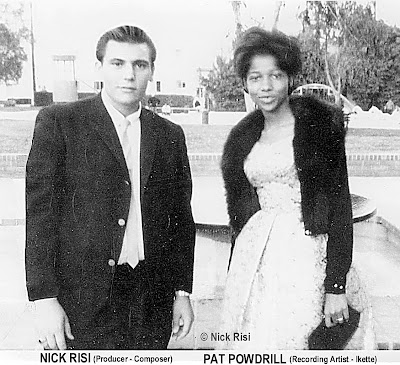 Pat invited Nick to her recording session of “Breaking Point” b/w “Luckiest Girl in Town” which was Pat’s third and final single released by Reprise?

Pat was a young and talented singer, vibrant and full of enthusiasm. Pat was always interested in listening to other people’s music. Pat and Nick became friends and she occasionally attended rehearsals of other artists. 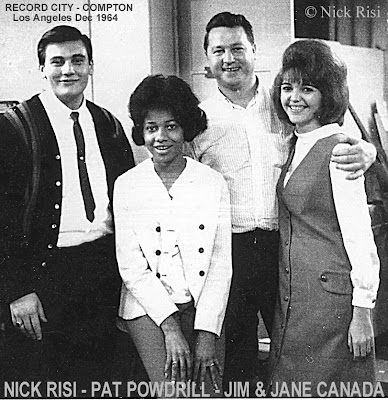 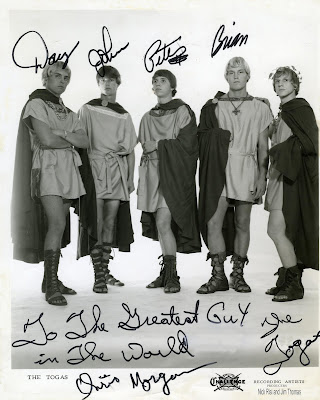 Pat was just 15 years of age at the time and too young to attend events and functions by herself. So on occasions, Nick escorted Pat. In February 1965 Nick produced Jane Canada with “Just Before the Night” b/w “Just Imagination” released on the Crusader Label. 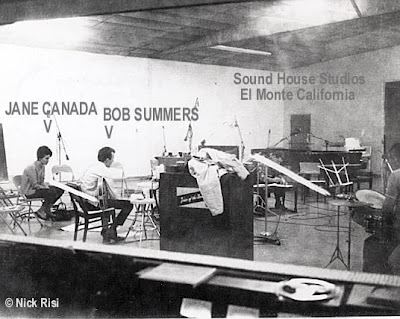 Also in 1965, Nick Risi and Jim Thomas produced ‘The Togas’ first single “Baby I’m in the Mood for you” (written by Bob Dylan) b/w “Hurry to me” (words by Chris Morgan and music by Nick Risi) released on the Challenge Label, part of the 4 Star Music Group.

The original ‘Togas’ consisted of five musicians, Chris Morgan vocals, John Bauman drums, Brian and Doug Decker guitar’s, and Pete Parker keyboards. Nick stated that the Decker brothers and Pete Parker were good young musicians. Pete Parker played the keyboard and contributed to the backing vocals on Pat’s Downey singles.When Pat’s contract ended with Reprise Records, Pat agreed to record some masters for Nick and Jim. Two singles were released on the Downey Label in 1966 within a three month period. At the time in the USA, most DJ’s were reluctant to Play ‘DO IT’ on air, as it was too suggestive? 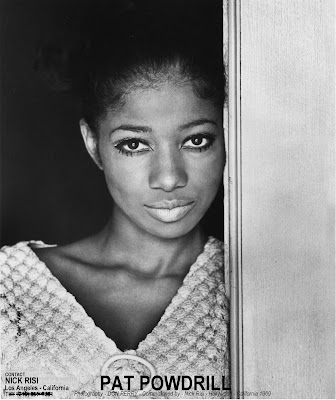 Barry White suggested one of his songs ‘Together Forever’ to Nick and Jim for Pat’s second single. Barry believed that it was the right song for her voice. Barry also had some releases on the Downey Label under the name of Lee Barry. A few years later, Barry White became a household name.

Also in 1966 Pat became an Ikette, backing Tina Turner and went on a World Tour. Pat and Nick met again in late 1968. Pat finished touring as an Ikette. A few months earlier Nick had an accident resulting in a traumatic amputation of his ring finger.

Pat asked Nick to manage her, but Nick was reluctant to do so and did not want to get involved with the artist management side of the business. Nick only agreed to take on this role temporarily until he could secure a record deal.

Nick and Bob Summers agreed to produce Pat for Sidewalk Productions. Nick and Bob had worked together with various other artists from 1965 to 1969.

Nick said that Bob Summers was a fantastic musician and music arranger. Bob also composed and supervised music for Film and Television. Bob’s brother-in-law was the famous Les Paul, who married Bob’s elder sister Colleen Summers, known on stage as Mary Ford. They sold millions of records in the 1950’s.

Pat had changed from a young vibrant enthusiastic teenager, to a Glamorous Young Woman. Pat needed some professional photographs to reflect this change. So Nick commissioned his friend, Hollywood Photographer Don Perry to do some portraits of Pat. Don Perry was not only an excellent photographer, he also supervised music for Television. 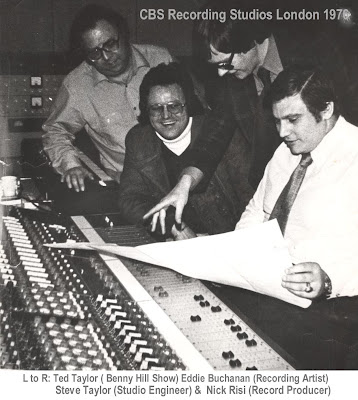 In late 1969, Nick returned to the UK and in the 1970’s produced a few artists including Eddie Buchanan a regular entertainer on the Benny Hill Show.

'DO IT' produced by Nick Risi and Jim Thomas is very popular in the Northern Soul Scene and the original Downey 45 Vinyl in good condition can fetch up to £200.00 on EBay.

Here are some samples of Pat's recordings:

Thanks to Paul Rice for the article and special thanks to Nick Risi for the photographs from his archives.

You can read more about Pat Powdrill over on Spectropop
Posted by Keeping Soul Alive at 3:03 PM