Garnet Mimms Is Anybody Out There? 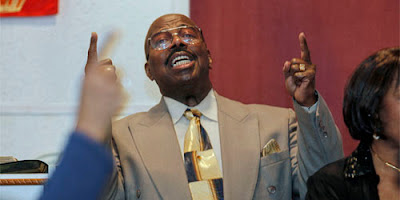 After a few months delay, I understand that Evidence records have released a new Garnet Mimms CD.

Here is an interview with Garnet Mimms with Nick Cristiano published in The Philadelphia Inquirer earlier this year:

Garnet Mimms didn’t see himself as a musical trailblazer when he cut the career-making “Cry Baby” in 1963.

“No, not really, but they told me I was,” the 74-year-old gospel-soul singer says with a laugh while sipping coffee at the Oak Lane Diner, not far from his home and the church where he is pastor.

“They” include R&B expert Robert Pruter. In the liner notes to 1993’s “Cry Baby: The Best of Garnet Mimms,” Pruter writes that the No. 1 R&B smash and No. 4 pop hit - credited to Garnet Mimms and the Enchanters - was “one of the great seminal songs in the emergence of soul music. ... The song was a gospelized production so full of the soul-saving, fire-and-brimstone ecstasies of the black sanctified church that it singularly stood apart. ... Never had the public heard anything so intense and so emotional on top 40 radio.”

Mimms is sitting and reminiscing about “Cry Baby,” which was later famously redone by Janis Joplin, because he is about to come to the attention of the pop music world for the first time in three decades with the scheduled March 25 release of “Is Anybody Out There?” on the Conshohocken, Pa.-based Evidence label. The 15-song set finds the Philadelphia singer once again rousing listeners with his gospel-rooted style on a collection that allows him to stay true to his religious convictions while also appealing to a secular audience with tales of inspiration and uplift.

“They’re great songs,” Mimms says. With most of them, “you can take and interpret them any way you want.”

The album was recorded in Nashville with Jon Tiven, the producer and multi-instrumentalist who co-wrote 13 of the selections and who has worked with such soul greats as Wilson Pickett and Betty Harris. (Other writers on the project include country-soul pioneers Dan Penn and Spooner Oldham, the late Little Milton and Johnny Taylor, folk-rocker P.F. Sloan, and former Rascals leader Felix Cavaliere.)

“I was listening to one of his greatest-hits records, and I said to myself, this guy needs to be making records these days,” Tiven recalls over the phone from Nashville. “And as far as I knew, he hadn’t made a record in 30 years, which was about right.” 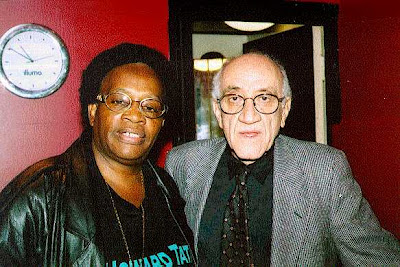 Tiven called Jerry Ragovoy, the veteran producer and songwriter - and the man behind “Cry Baby” - and got Mimms’ phone number. Mimms told the producer he was singing only gospel these days, but Tiven offered to send him some songs. When Mimms liked what he heard, the project moved forward.

(In truth, Mimms says, he had been thinking of a return before Tiven called: “I had several well-known pastors here in Philly telling me, you should be recording and going out there and being on TV and everything.")

So why did Mimms leave pop music when he did? At first he simply says, “I got saved. ... The Lord came in and saved me. It’s hard to explain, but when the spirit of the Lord comes to you, it just takes you that way, and that’s the way you have to go.”

It’s true that by the late `70s the hits had dried up. But unlike, say, fellow Philadelphia soul man and former singing partner Howard Tate, he didn’t experience any dramatic downfall in his personal life. “I never did drugs. Never smoked marijuana,” Mimms says emphatically.

Ragovoy remembers it that way, too.

“I’ve always had the fondest memories of Garnet. He’s a good human being in addition to being a very talented man,” the songwriter and producer says from his Connecticut home, adding that he’s happy about the new album. “He made a decision (to leave pop) based on his own inner feelings, and not influenced much by exterior circumstances. ... It’s a very inner kind of recognition of who you are and what you want to be.”

Mimms does eventually allow that “after my father passed in `78, I just lost the zeal for that kind of music. Disco came in, with the lights and the loud music. I was always a balladeer. I didn’t like all that loud stuff.”

He keeps busy with his ministry. Besides being pastor of the nondenominational Glory Land Ministries on West Cheltenham Avenue, Mimms ministers in various prisons and detention centers in Philadelphia and elsewhere.

To help promote “Is Anybody Out There?,” however, Mimms is ready to put together a band and play select dates. He also hopes to return to England, where, like other American soul greats, he is much more revered than he is here. (He cut a live album in London in 1967.) And yes, he would perform some of his old hits.

Mimms has lived in Philadelphia since he moved here at age 18 from his native West Virginia. He and his wife, Deloris, have a daughter, Tenea Lyles, of Northeast Philadelphia, who also sings gospel, and a 2-year-old granddaughter.

To see him during Sunday services at Glory Land is to see a man who finds great joy and fulfillment in what he does - preaching, reading Scripture, hearing testimony from his congregants and leading them in song. And when he takes the microphone to deliver a gospel ballad against a recorded backing track, it’s to see up close a singer who is still capable of transcendent, soul-stirring power.

Which is not to say he doesn’t look back fondly on his days in the pop limelight, sharing stages with the likes of Sam Cooke and Jackie Wilson - “my two favorites” - James Brown and Jimi Hendrix, and many more.

“The other life, the R&B, was a great experience for me. Even now, as a pastor of the church, I can look back over those years and say I learned a lot, I did a lot of traveling, and so it (helped me) as far as knowing things, and knowing people and dealing with people.”

He’s excited about what’s to come as he returns to the musical trail he helped blaze a long time ago.

“I’m looking ahead. I believe things are going to happen.”