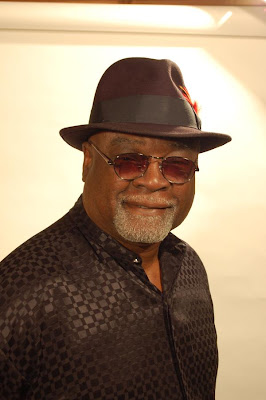 Vocalist C.P. Love might well be best known for a song he didn’t record, rather than one he did. Love had been offered “Groove Me” by King Floyd but passed on the song, feeling Floyd deserved to record it and would do a better job with it. While he could have recorded a major hit, Love still managed to notch a couple of regional successes and assembled a compact, but enjoyable resume of soul and R&B recordings.

Born Carleton Pierre Love in 1945, he was raised on the West Bank of New Orleans. At the age of 12, Love taught himself to play guitar and formed a four-piece band. He later switched to bass when he joined Little Benny and the Creoles, a group that sometimes featured Walter Washington. Originally, Love didn’t sing, but when the vocalist couldn’t learn new material, he began fronting the band on bass and vocals. Eventually, Love dropped the bass and concentrated on singing. Read full interview at Ponderosa Stomp site


You can find a full discography and further information on C.P. Love's early recordings on Sir Shambling's Deep Soul Heaven. You can also listen to his two best recordings - 'I Found All These Things' and 'So Glad You've Gone' on Deep Soul Heaven which don't appear to be on You Tube.

Posted by Keeping Soul Alive at 11:06 AM