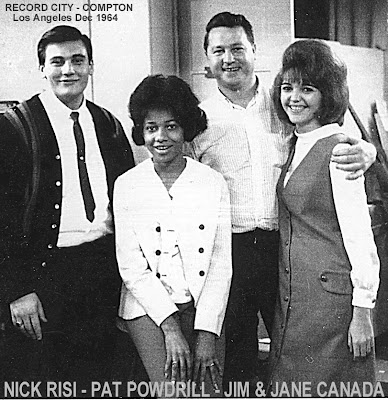 Paul Rice has been in touch again with another great photo featuring Pat Powdrill:

Attached is an earlier photo of PAT POWDRILL. This was taken at rehearsals, Record City Los Angeles - Late 1964. The photo includes myself, and JANE CANADA. I also produced Jane's record 'JUST BEFORE THE NIGHT' and 'JUST IMAGINATION' for Crusader/Charger Label in Hollywood early 1965.

I Believe Jane Canada's old recording of 'Am I Dreaming' has been released on a ACE Records Album. 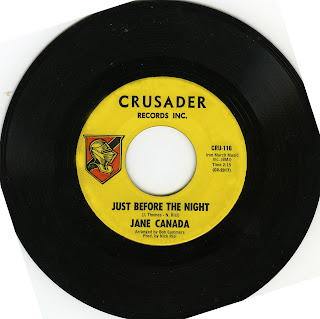