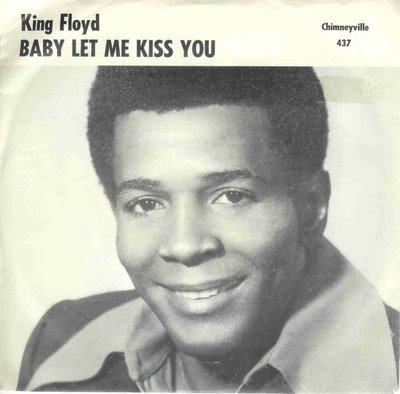 While I was digging through that box of European picture sleeves I came across the above which I had misfiled there because this is actually a US release from 1971.

I would have posted this up when I did a feature on King Floyd after hearing of his death. I prefer the B-side "Please Don't Leave Me Lonely" which I featured in my top 6 of his recordings.

"Please Don't Leave Me Lonely" is one of his saddest songs which opens with him crying and reminds me of the kind of song written and sung by Latimore on Dade. This song has one of his best vocal performances in which he wrings out all the emotion of being left by his baby "because without her he will die." He sounds on the verge of breaking down through out the song and in the last verse he completely lets go his emotion with a screaming anguish in his voice. The swirling strings and rhythm speed up and rush like a tornado with him screaming as it fades to the end. The production by Elijah Walker and the arrangement by Wardell Quezergue are amongst the best turned out at the Malaco Studios in Jackson.
Posted by Keeping Soul Alive at 3:51 PM