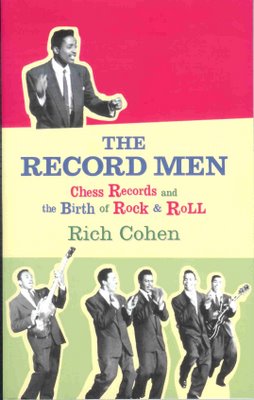 I am not sure who turned me on to this book but I eventually picked it off the shelf and couldn't put it down until I finished it!!!

An atmospheric read about the rise of Chess Records and especially the part played by Leonard Chess in the birth of rock & roll. What I found fascinating was the mechanics of the independent record company and how they worked during the 50's and 60's. I am pretty sure that the model developed by Leonard Chess was copied by many other such independent companies such as King, Roulette and Jubilee during this period.

The book adds another piece to the jigsaw puzzle and you can find it at Amazon.
Posted by Keeping Soul Alive at 2:52 PM