Bob Kuban: My Side of The Bandstand 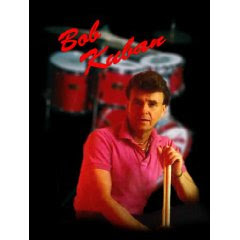 I just got tipped to this book which had passed me by:

Whether you grew up in St. Louis, like I did, or just love the Golden Era of Rock & Roll, Bob Kuban: My Side of The Bandstand is a true account of the life and times of Bob Kuban, a St. Louis music legend and superstar.

Bob is best known for his 1966 #12 pop hit, "The Cheater", and is honored in the Rock and Roll Hall of Fame's permanent exhibit on one-hit wonders.

His fascinating autobiography, which I couldn't put down until I had read every single page, covers Bob's early years in North St. Louis and his inspiring drive and determination as he built a fabulously successful career in the music business, which continues to the present time.

Co-written with the talented Nancy Wegner, this book also lays bare the incredible challenges Bob faced in dealing with the local draft board which ultimately prevented him from taking his band on tour after "The Cheater" hit the airwaves, climbing the charts, and ultimately becoming an International sensation.

This work was even more meaningful for me because Bob Kuban was my music teacher for four years at Bishop Du Bourg High School. So many of the stories in the book provided me with instant time travel into the past.

I vividly remember Bob talking to our music class about the gig his band did with the recently deceased George Carlin. I also remember his personal anguish during the loss of his beloved father and the break-up of his band, which is interesting to read about in Bob's book.

From a historical perspective Bob Kuban was a true rock and roll innovator and master on the drums who never gave up on music or entertaining his audiences. My Side Of The Bandstand explains how Bob added the brass sound which became his signature. He also shares details about the untimely murder of his former lead singer, Walter Scott.

Luckily for all of us Bob Kuban fans, this book, written in a chatty and fun manner, documents those special rock and roll times that will never come around again. Even better news, Bob Kuban continues to perform live in St. Louis (and around the United States) winning the hearts and souls of new generations of rock and roll fans everywhere he performs.

I have not enjoyed a book as much as Bob Kuban: My Side of The Bandstand for a very long time. This book is a must buy and a true keeper. Amazon Review