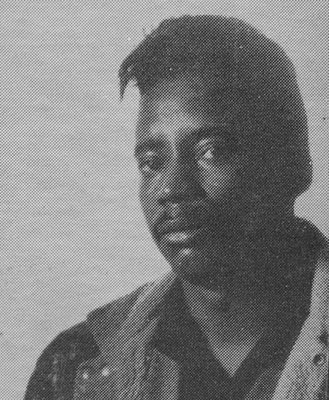 Bobby Lee Fears Circa 1968
It's funny sometimes how pieces just fall into place when you are researching soul music and that's why Red Kelly set up Soul Detective to gather together the evidence! As regular readers of the blog will know, I embarked on research of Johnny Brantley's Vidalia Productions at the back end of last year. I have interviewed Hermon Hitson, Freddie Terrell and others during the research and in one of the converstions the names Bobby Lee Fears and Bobby Dixon came up. I think it was Freddie who told me that they were the same person. This then allowed me to put a few things together! I had already done a short post on Bobby Lee Fears when I first started my Johnny Brantley research. 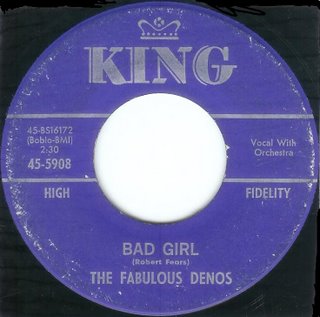 Brian Poust had done a piece on the former Fabulous Deno's member Rickey Andrews on his Georgia Soul blog, and while I was re-reading it , I came across Bobby's name as an original member of the Fabulous Denos! It all made sense now, Bobby is attributed to writing "Bad Girl"with Lee Moses and the song was also covered by Lee Moses and Hermon Hitson. I believe that the first recording of the song was made by the Fabulous Denos for King and then covered by Lee and Hermon at a later date. It is fascinating to listen to the 3 different versions which have slightly different words and vocal emphasis. Listening to the other Fabuous Deno 45s makes me believe that the gruff lead is always Bobby. 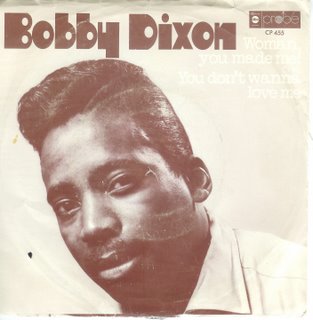 At some stage, Bobby left the Fabulous Denos and joined the Ohio Players up in New York. One can only assume that Bobby, then known as Bobby Lee Fears , was recruited by Johnny Brantley to front the Players due to his Atlanta contacts especially through Bobby's friend and associate Lee Moses.

Bobby certainly fits the kind of singer, Johnny went for, being a hard, emotion laden singer to front powerful driving productions. You can hear Bobby at his best on the Players's "Observation In Time" Capitol album especially on tracks such as "Cold Cold World" and "Bad Bargain". He is referred to as the lead singer of the group by New York based WLIB Musical Director Jack Walker on the sleeeve of the album. If you compare the photos of Bobby with one taken for ABC Probe you can tell they are the same person. I believe that you can also hear Bobby on the Players's Compass out-takes gathered by Brantley on the bootlegged Trespassin' album for Trip amongst many imprints. This would mean that he may have joined the Players circa 1967.

Bobby left the group sometime circa 1970, when the group re-invented itself away from Brantley and developed a new sound. Bobby appears to have still been working with Brantley in the early 70's with the release of "You Don't Wanna Love Me"/"Woman You Made Me!" for ABC Probe. Woman is probably the best side he recorded and is an archetypal Brantley type sound which Hermon Hitson or Lee Moses would not have sounded out of place on. 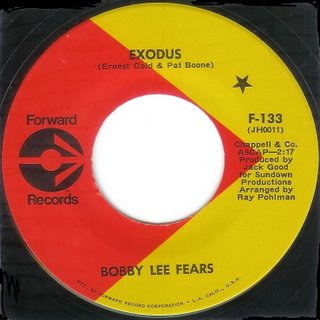 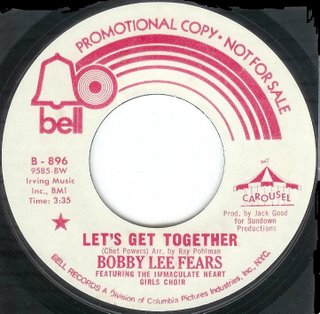 Bobby appears to have then reverted back to the name Fears to release 2 45s - "Exodus"/"Moon River" for Foward and "Let's Get Together"/"Brother Orchid" for Bell. A strange choice of material though this doesn't stop Bobby singing the heart out of them! As I stated in a previous post, Bobby hooked up with former Georgian Governor, Lester Maddox in what must rank as one of the strangest duos in history!

I still hope to locate Bobby and get the full story!

I will also return to a more in-depth look at Johnny's work with the Ohio Players in the future.