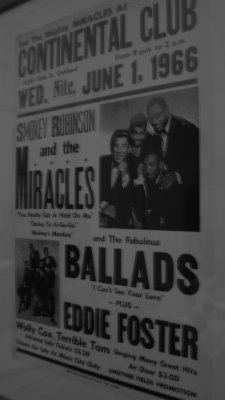 After a previous post on Eddie, I had a few people contact me about his whereabouts and what he recorded. To date though I have had a few leads I still haven't tracked Eddie down to hopefully interview him about his career.

In the meantime, I thought I'd share the above track which is possibly the rarest of Eddie's 45s and has had plays on the UK rare soul scene. You can find it on Goldmine CD "The Northern Soul Of LA Vol 2".

Zack Slovinsky was one person who contacted me and provided me with a partial discography:-

I know Eddie played guitar around the Bay Area for many years because his name has come up in conversations with Bay Area artists and he is documented as performing on The Natural 4's ABC album and Lonnie Hewitt's Wee album.
Posted by Keeping Soul Alive at 1:37 PM