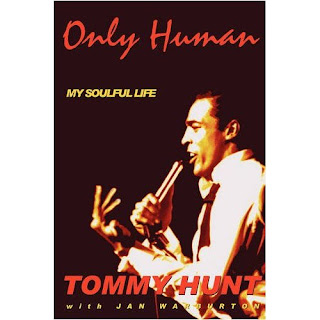 To Soul music lovers the world over , we often only see a very small part of the life's led by our heroes and heroines , via their recordings, or when we cheer them from the stage in a live performance .I feel that we often forget that these artists, like us , have a human side to them , far removed from the glitter and adoration heaped upon them by us , and the uphill struggle it took them to become a star name in the first place .

Tommy Hunt is now a household name to most Soul music fans throughout the UK and beyond ,via his live performances at Wigan Casino in the 70's and his multitude of great recordings such as " Never love a robin " , " Words can never tell it "[ Dynamo ] , " I'll make you happy " [ Capitol ] and " I don't want to lose you " [Atlantic ] , but it wasn't always like this ........On December 1st his autobiography " Only Human - My Soulful life " written with Jan Warburton , is released through Bankhouse books , and tells in his own words, how he rose through humble beginnings in Pittsburgh USA to become a member of the world famous " Doo - Wop " group The Flamingos ,later signing for Florence Greenberg's Scepter /Wand set up, and having a massive hit with " Human " . Having his follow up record upstaged by Dusty Springfield ,working with Burt Bacharach/ Hal David, Luther Dixon and many more, live appearances at New York's Apollo theatre , with some great tales of his time spent rubbing shoulders with other famous Soul stars , like Marvin Gaye ,James Brown , The Shirelles and many more , the desperation of prison , drugs , and his saving grace ,the UK's Northern Soul scene , plus the ultimate honour of being inducted into the " Rock and Roll hall of Fame".

Having read the first five chapters of this book in advance , I can confirm that this is a compelling read , and having recently chatted at length with Tommy during the recent" Soul in the sun" weekend in Lanzarote, I can also assure potential readers , that he tells one hell of a story , with wonderful recall ,warmth and humour , which has whetted my appetite to read the rest of his life story in full . An essential purchase , just in time for Christmas !! .

This book is available through Tommy's website, all good book shops, plus online at: 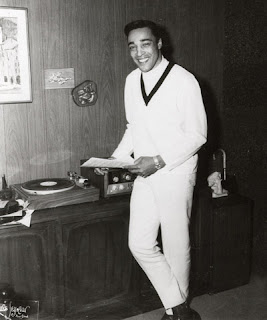 Posted by Keeping Soul Alive at 11:15 AM