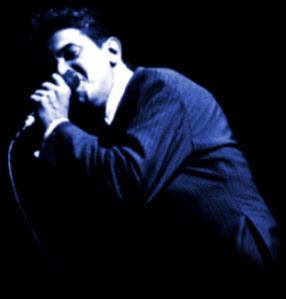 Bob Relf Courtesy of Paul Mooney
Bob Relf Tribute
Earlier this week, I received the sad news that Bob Relf had died.
My old friend Paul Mooney of Millbrand Copyright Management Limited knew and represented Bob and has kindly allowed me to use a biography from the Millibrand website which is posted below as part of this tribute.
I have also posted 5 tracks of his music which have given me great pleasure over the years to celebrate Bob's life.
BOB RELF (1937 - 2007)
Bob Relf passed away on Wednesday, November 21st, at the home he shared with his mother in Bakersfield, California. He was aged 70.Bob had been ill for several years and had received loving care from his mother Idabelle Craft who is 89 years of age. Her remarkable strength comes from her strong faith.
ROBERT NELSON RELF was born in Los Angeles on January 10th, 1937. He is best known for his hits with Earl Nelson as Bob & Earl (most notably "Harlem Shuffle" which was covered by many including The Rolling Stones) but he was also a gifted writer and a staff producer for Randy Wood's Mirwood label, headed by A&R chief Fred Smith. In their attempts to emulate the Motown sound, they unwittingly created their own Mirwood sound which was enhanced by the dramatic arrangements of James Carmichael.
Relf's solo career wasn't very successful but he was highly regarded by soul fans who treasure his recordings - particularly "Blowing My Mind To Pieces" which is one of the most popular 'northern soul' soul hits of all time.
He used the pseudonym 'Bobby Garrett' for two Mirwood singles in 1966. The catchy "I Can't Get Away" became a 'northern soul' favourite in the UK and was used to advertise Kentucky Fried Chicken on national TV. Also popular with 'northern soul' fans is "My Little Girl" which was the flip side of the neglected ballad "Big Brother"."Blowing My Mind To Pieces" was recorded in 1968 at Ray Charles' RPM studios in Los Angeles. Relf wrote the song (without credit) which was issued on Trans-American on the flip side of "Girl You're My Kind Of Wonderful". "Blowing My Mind To Pieces" became so popular that it was reissued - and bootlegged - in 1973 to satisfy the huge demand.
A 'new' version of the song was recorded in 1975 by an unknown impostor masquerading as 'Bob Relf'. The man behind the bizarre scam was Simon Soussan, an infamous bootlegger turned producer. The original version is available on dozens of compilations and has been featured on videos, DVDs and TV broadcasts.
In the early '70s Relf worked with Barry White who was then on the verge of major stardom. As youngsters they had sung in groups together and White had played piano on "Harlem Shuffle" back in 1963. Relf wrote and produced for White and for several of his acts including Love Unlimited, Gloria Scott and White Heat. One of Relf's finest songs, the haunting ballad "Bring Back My Yesterday", was recorded by Barry White in 1973 on his ground-breaking album I've Got So Much To Give.
Millbrand acquired publishing and master rights to "Blowing My Mind To Pieces" in 2004 and took actions to recover income from previous unauthorised uses. Just before Relf passed away, Millbrand MD Paul Mooney confirmed that "Blowing My Mind To Pieces" is scheduled for its first legal reissue to tie in with a new movie which features the song.
Posted by Keeping Soul Alive at 4:26 PM