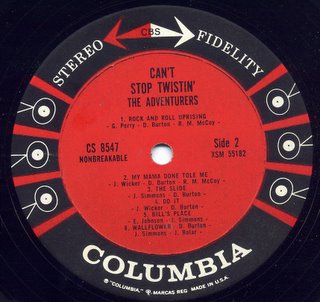 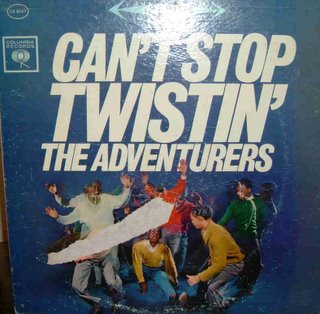 A friend Nick Sands from London has supplied me with some additional information on the Adventurers lineup from their Columbia album which was called Can't Stop Twisting. There are some original songs and a couple of covers on the album which can be best described as aimed at the early 60's teen dance market

It is interesting to note the album was issued in the UK with a different cover on Phillips with the same title. Phillips obviously thought it a better marketing ploy to place an attractive young white woman on the cover rather than 6 young black Americans. This direct discrimination in marketing continued in to the 70's in the UK with black American product.
Posted by Keeping Soul Alive at 11:07 AM