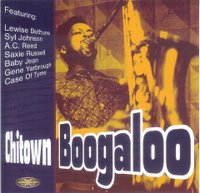 This post was prompted by me picking up a copy of Goldmine's "Chi-Town Boogaloo" CD and got me thinking where and when the dance craze called the Boogaloo first started? A quick Google demonstrated that the Boogaloo still permeates the consciousness of the dance scene across the world with the large number of events using the word and the Boogaloo Invetigators are a major force on the revived funk music circuit. So where did it originate and how did it develop?

Wikipedia describes how the boogaloo derived from the fusion of African-American, Puerto Rican and Cuban music in the clubs of New York City from the 50's onwards using a mixture of R&B, guajira and guracha music. 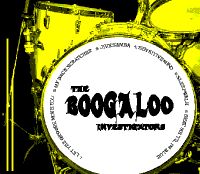 Though originally underground music it seems to have broken out of the clubs with the advent of tracks such as Mongo Santamaria's "Watermelon Man" in 1963 which was a hit in the US. The impact of the hit seems to have popularised the dance. 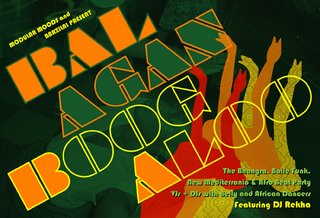 The boogaloo then seems to have gone through a transmutation and started to crop up everywhere on teen TV shows before embedding itself firmly in both jazz and R&B/Soul music.

The boogaloo appears to have started cropping up in R&B/Soul 45s with the chart success of Tom & Jerry-O's "Boo-ga-loo". There are 3 tracks alone on the Goldmine CD by Jerry-O,
A.C. Reed and Lewise Bethune which use the phrase. By the mid-60s, the use of the word seems to have even broadened out to be used on pop records such as Sandy Nelson's album, which was obviously cashing on what was assumed to be a cool term in the same way "discotheque" and "go-go" had been appropriated by big business in the 60's to sell records. 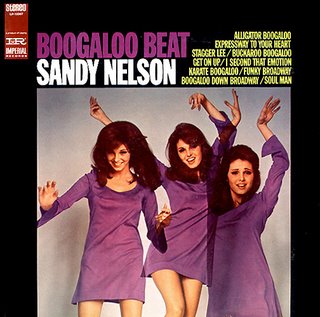 It would certainly make an interesting study of dance crazes and their origins; how big business and the media manipulated the use of the words and how the words were later transformed by other music scenes. "Go-Go" was used by the Washington black music scene in the early 80's and now the hip hop scene has adapted the meaning of boogaloo for it's own devices. 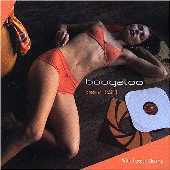 I would love to start by listing all the R&B/Soul 45s which use the word boogaloo - perhaps one day! 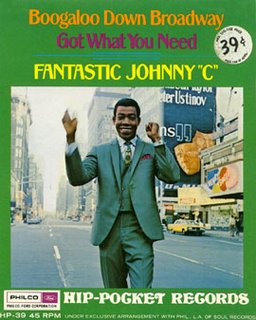 The track I have used to capture the style and how it affected soul music is to go for a later Mongo Santamaria 45 "The Now Generation". The title itself gives an indication of the desire for the music to be hip and continues the idea of Dobie Gray's "The In Crowd". I certainly think there's an opportunity for a thesis here!!! The music will always remain firmly in it's Latin roots with a raw excitement driven by a pulsating beat which harks back to the early Cuban influences of the early 50's in NY.