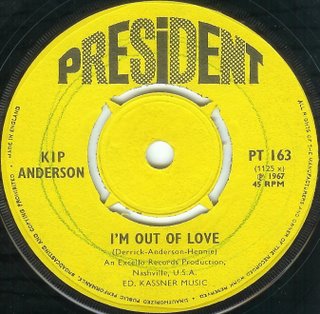 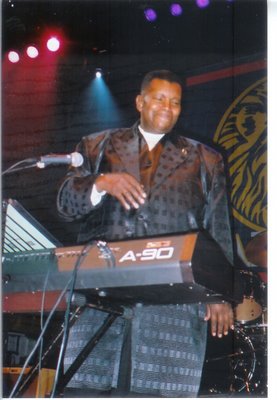 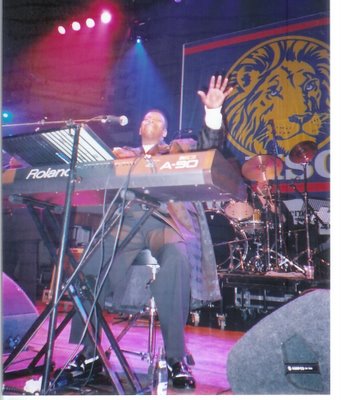 In recent weeks, Richard Searling has been playing UK soul releases on his Smooth FM show on Saturday nights. This set me thinking of how many good sides miraculously came out here in the 60's to compete in what was a very small market beyond the Tamla/Stax/Atlantic big sellers.

One such 45 was Kip Anderson's UK President side which was one of many good sides put out by President either on the main label or subsidaries such as Joy. Kip's original Excello recording was accompanied on President with cuts by Roger Hatcher, Freddie North and even an album by the Kelly Brothers.

There are some other excellent soul sides on President featuring Jimmy Robins, Otis Clay, Mckinley Mitchell, Harold Burrage, Albert Washington, Willie Parker, Lee Dorsey, Johnny Wyatt amongst others. Albert Washington had 3 45's of his Fraternity sides issued which I think proves what I am saying - how many did President hope to sell!

Back to Kip Anderson, I spent many hours with him in Holland in 2001, both formally interviewing him and also chatting with him after the show into the early hours about his life. He was one of the most articulate artists I have interviewed as well as being brutally honest about his life and struggle with drug addiction. He kicked drugs and got back his life. He re-entered the church, got back on the radio as a presenter with WANS Radio in Anderson, South Carolina and recorded 2 CDs for Ichiban in the early 90's.

You should still be able to find his 2 Ichiban albums; "A Dog Don't Wear No Shoes" and "A Knife And A Fork" which are amongst the best the 90's has to offer of real soul music. He also recorded an album for Ripete with Nappy Brown aimed at the Carolina Beach Scene around 2000. He also laid down some gospel tracks which I only have on tape.

If I ever get to write the book River Of Soul, then Kip will have a chapter to himself such was his impact on me as he told me stories ranging from growing up on a plantation in the Carolinas to breaking onto the radio in Anderson.