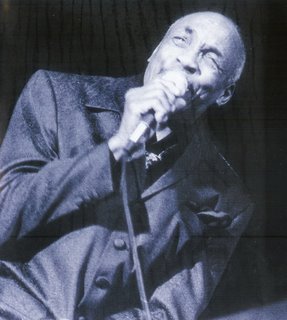 Frankie Lee is one of the last of the great soul men still working and turning out quality music. This year has seen so many people leave us that we need to cherish the survivors such as Frankie and support them. Frankie has a new Cd out called "Standing At The Crossroads" on Blues Express. This album sees him re-united with Dennis Walker with whom he recorded the 80's classic album "Face It" for High Tone, and later renamed "The Ladies And The Babies", which was a landmark album in "blues soul" coming at a time when Z.Z. Hill was recordng for Malaco and Robert Cray was bursting on to the scene.

Frankie's new CD is a long line of quality albums he has produced over the years and most of them should still be be available. Blues Express are still selling his 2000 CD "Here I Go Again" but don't forget his Blind Pig "Going Back Home" CD, which is one of my favourite sets from the 1990's. He also had the more obscure and harder to find "Sooner & Later" with Doug Newby which is listed as The Bluz Blasters and released on Flying Fish. His classic album of the 80's "The Ladies and The Babies" was also issued on CD by High Tone but you can usually find copies on Demon lying around on lists. However, the CD also contains the non-vinyl track "Steppin' In The Shoes Of A Fool" 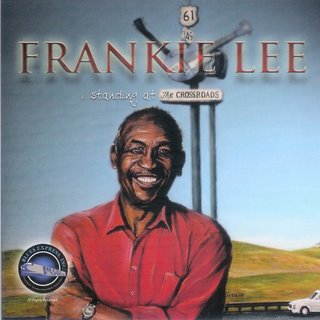 Frankie's new CD on Blue Express is amongst the best of the new releases this year. My blogger buddy Andrew Aitcheson has done an excellent review over on his Sing It One More Time For The Brokenhearted - so lease drop by and see what he says.

So please get out there and support Frankie and let's hope he makes it back to Europe soon. I saw him in Holland in 1998, and he was pure dynamite!!!! 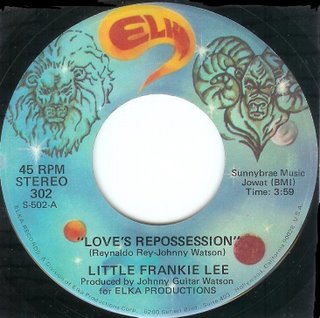 Frankie has had a long career in music begining with his early 60's 45s running through to 1982 when he released a 12" "May The Best Man Win" on Joey Jefferson's California Gold which came from an abortive album which remains in the can.

Elka 302 Love's Repossession/Strung Out On You"

I have chosen to post Frankie's early 70's collaboration with Johnny Guitar Watson "Love's Repossession" for Wally Roker's Elka label. The 45 truly grooves like all Johnny's later work but Frankie's vocals are the killer. The other side is also a stone killer as well! I bought it for "Strung Out On You" but in this last year I have been playing "Love's Repossession" more.