Sam Dees One In A Million UK TV Clip 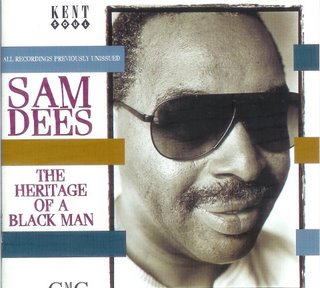 Back in the late 80' and early 90's, many UK promoters started bringing over US artists who were releasing material on small US independent labels or were recording the occasional side over here.

One of those artists was Sam Dees who appeared at several weekenders and small hip clubs such as the Warrington Carlton where I saw him one Sunday in a show hosted by the DJ Kev Edwards. Earlier on that Sunday, Kev had guested with Sam Dees on a show dedicated to his music broadcast by a station formerly called March FM. This was one the best shows ever put together on an artist which was only deserving for an artist of Sam's stature. 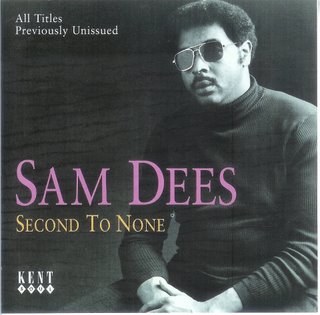 Sam Dees must rank as one of the most important soul writers alongside Bobby Womack and George Jackson. On one of his trips over to the UK, Channel 4 recorded a session with him singing and paying the piano by himself. The simplicity of the songs on the Channel 4 show reflected his true genius in the same way as the demo cuts of his classic songs for other artists collected by Kent shown above.

One of those sides featured on the show, "One In A Million" recorded by Larry Graham, has now turned up on You Tube and you can find it below. I have had this on video since it was broadcast which only reminded me to transfer all my soul clips onto DVD and share them on You Tube!