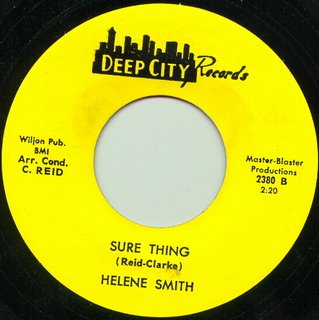 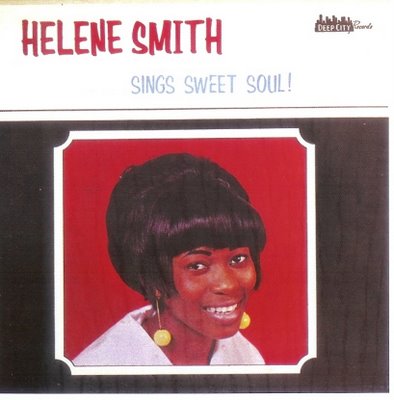 I have actually posted up an audio file of the A-side of Sure Thing - the gorgeous deep side "Wrong Or Right He's My Baby". I knew a few 45's by the lady but it took my mate Nick Sands to inform that there was an album on Deep City. The album must rank as one the hardest 60's soul albums to find.

This track was probably recorded circa 1967 at the Criteria Studios in Miami, Florida backed by the house band The Rocketeers led by Frank Wiiliams. You can read all about the Deep City label in the notes to the superb CD issued by Eccentric Soul dedicated to the label.

I didn't get much info off Clarence Reid about Helen when I interviewed him. She was married to Johnny Pearsall who owned the Deep City label and she had previously worked in his record shop in Liberty City.

The Eccentric Soul CD notes intriguingly hints that there was an intense rivalry between Helene and the young Betty Wright who also recorded for Deep City. It is a shame that Helene's talents disappeared from view when the label went under and her whereabouts are unknown.
Posted by Keeping Soul Alive at 4:50 PM