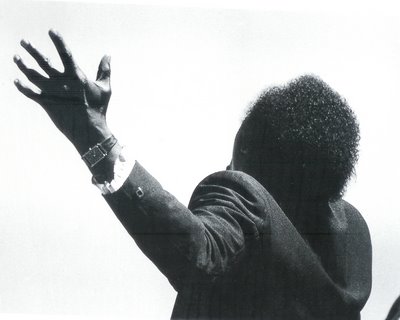 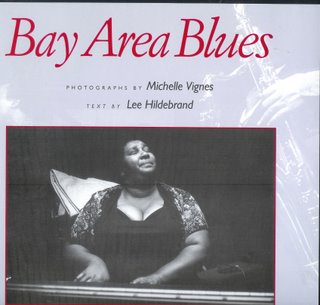 I recently posted a short feature on Frankie Lee following the release of his new CD for Blues Express. I was having an online discussion with Andy from Sing It One More Time For The Brokenhearted ,about Bay Area artists such as Frankie, and Andy mentioned that he had come across a book of photos of Bay Area artists by Michelle Vignes. Those kind "peeps" over at Amazon got it here for Christmas!

Inside the book, there are several photos of Frankie including the one above. The book was issued in 1993 and should still be available form Amazon and features some cracking shots taken in the clubs in Oakland mainly during the 80's.

I then fell on video of Frankie shot in the "Eight Mile High Club" featured in book. Check out user checker758 who currently has many videos of blues artists shot around Oakland.