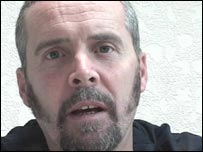 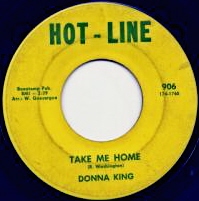 In a recent post, I tried to describe some of the excitement generated by attending an all-nighter at the Wigan Casino. One of those people who helped the night go with a buzz was Guy Hennigan, originally from Skipton in Yorkshire, he was one of the mainstays of the record bar. We spent many a Saturday night in 1977/78 talking soul music and it was obvious to me then that he was one of the most knowledgeable people on the scene at that time and top man too boot, alongside his then girlfriend Margaret.

One 45 which epitomises the man to me is Donna King; we both loved the 45 and wanted to add it to our collections but in those days of poorly paid jobs as young kids it was a challenge to buy top sounds. I can still see Guy buying it, off I don't know who, against the counter of the drinks bar in the corner of the room. I never did get a chance to get it again!!! Guy eventually went on to be one of the top DJs on the scene and one of the most influential as the scene changed in the 80's especially at the legendary Stafford Allnighters.

I lost touch with Guy over the years though I did see him from time to time; the last being at an Otis Clay concert in Colne.

Guy went on to be one of the top DJs on the scene and you can hear an interview with him and another old mate Dean Anderson here.
Posted by Keeping Soul Alive at 8:52 PM