Honey & The Bees Two Can Play The Same Game Academy 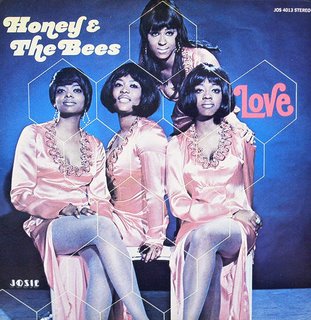 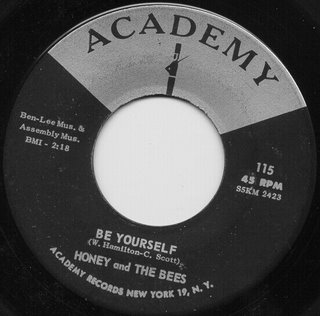 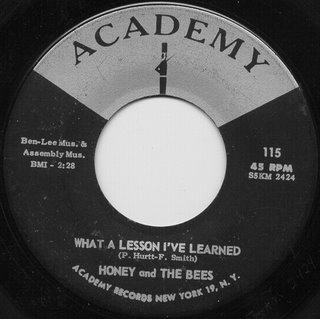 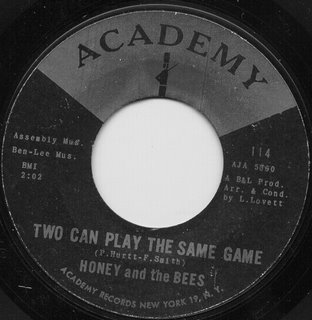 After recently featuring the Sapphires, I have dug out another Philly side by Honey & The Bees. The group started out as the Superiorettes before changing their name to the Yum Yums who recorded the Northern classic "It's Gonna Be A Big Thing" for ABC-Paramount in 1965.

The group consisted of Nadine Felder, Jean Davis, Gwendolyn Oliver and Cassandra "Ann" Wooten. They had 2 45's on Academy 114 "Inside Of Me"/ "Two Can Play The Same Game" and Academy 115 "Be Yourself"/"What A Lesson I've Learned". They then joined up with Gamble and Huff and recorded several 45s for Arctic before moving onto Josie where they record an album.

The Academy 45's were recorded in Philly even though the label has a NY address. It looks as though it may have been part of the Ben-Lee empire given the publishing and production credits credits. The partnership of Leroy Lovett and Frank Bendinelli was responsible for a large number of early Philly productions. Their songwriting partnership began in 1962 and expanded into a production company and several record labels.

In the early and mid 60’s Lovett and Bendinelli – as Ben-Lee Productions – were responsible for records by Patty and the Emblems, Kenny Gamble, Cindy Scott (who would also record for Veep and Huff Puff), Timmy and the Empires, the Intruders, the Colt 45’s and the Intruders among others. They also provided a home for the songwriting partnership of Leon Huff and Cindy Scott and Cindy actually part wrote one of the Academy sides. It is also interesting to see that Phil Hurtt has writng credits.
Posted by Keeping Soul Alive at 4:53 PM