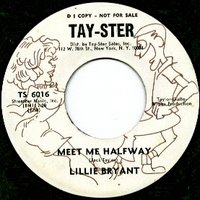 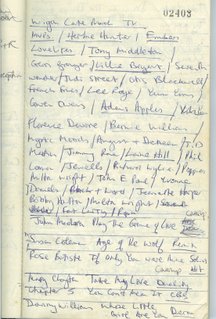 I have referred to a diary I kept on Wigan Casino playlists in 1977 in a previous post on Ronnie Forte. Over the weekend, I looked back at the diary prompted by my recent post on the Wigan Casino. I discovered that I had included my favourites from the time of the filming of the Granada TV documentary on the venue.

You can read the list by clicking on the picture above and I have posted Lillie Bryant's mid-60's classic which was massive in March 1977 and a track I hadn't heard for some time. Back in 1977, I had underlined the track in the diary which I now assume meant I really liked it at the time!
Posted by Keeping Soul Alive at 10:27 AM