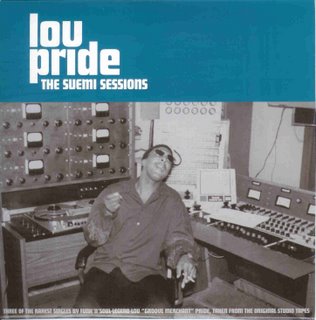 Following on from the last post, the people over Jazzman Records have released this very tasty 3 45s box set which includes 6 tracks from the Suemi catalogue. The tracks have been available before when Lou came over to the UK a few years ago with a CD which included several unissued tracks. These tracks were then reissued by Severn Records, Lou's current label. However, this package is such a lovely piece to have with the picture of Lou in the El Paso studio where he recorded the tracks. Kym Fuller and Gerald Short have also written an extensive set of notes to accompany the box set.

One of the tracks is the storming Northern Soul classic "I'm Coming Home In The Morning" which will forever be part of my soul and which I will be referring to in my River of Soul blog on my life with soul music.

Lou has always been one of my heroes and meeting him a couple of years in Holland and seeing him perform will always stick in my memory. He is a very tight performer who gives his all and anyone who saw him with Mo'Indigo on his 2004 UK tour will testify to that! You will be able to read about meeting him over on my Dark End Of The Street blog in the near future.
Posted by Keeping Soul Alive at 5:23 PM