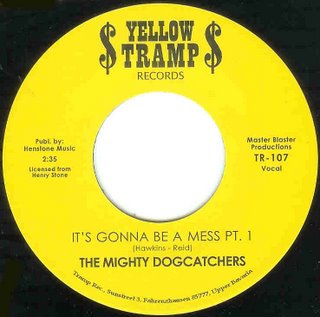 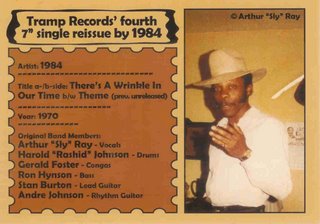 Tramp Records are one of many small labels which have grown up to feed the demand for obscure funk reissues and new product.

This heavy bass piece of 70's Miami funk is a killer and was originally issued on Willie Clarke's Green Gold label. This is one of several Florida funk releases from Tramp Records others being The Oceanliners and Funky Nassau. This is a legal reissue from Henry Stone and according to him the group were one of the weirdest he worked with. The band included Charlie Smith on guitar, Reed Roberts on bass, Vernon 'Piggy' Teague on saxophone, Clifford Hawkins on drums, and King Edwards on Hammond B3. The group cook up a real treat for us which was apparently done in one take with party shouts and screams on Part 1 before real tripping out on Part 2 with a lovely cooking Hammond B3 taking the fore.

Tramp boss,Tobias Kirmayer has to be applauded for another great legal reissue with his ever-present attention to sound quality and authentic looking label similar to the original.

Clarence Reid who wrote this side is a huge resevoir of memories on all the people he worked with and I'll have to ask him about this group. Watch out for other 45's from Tramp Records by David Robinson, The Rhythm Machine, 1984, Tee N Cee & The Ltd's, Gary Morris & Band and the The Blenders.